Playspace is a thesis project that playfully enhances urban space. The design features seven different modules for mounting to everyday urban posts such as signposts, in order to reinterpret ordinary, functional areas as playspaces. Bright colours and an intuitive design invite passers-by to park their bike, take a seat and have a coffee, draw with crayons, kick a ball through a hoop, relax on a swing or even attach their own hammock. The installation is straightforward and the modules can be moved up or down on the post for adjustment or simply be folded up when not in use. 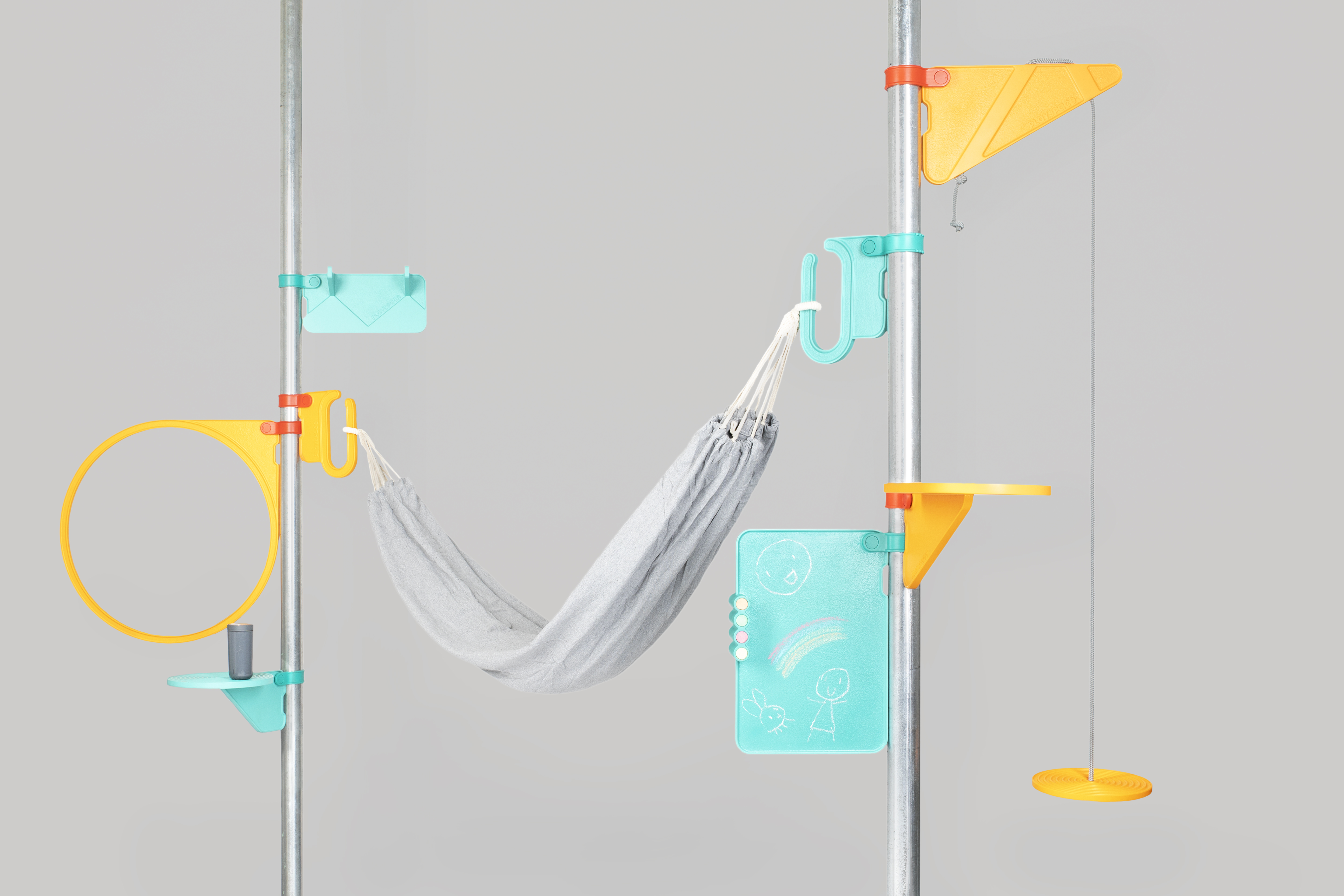 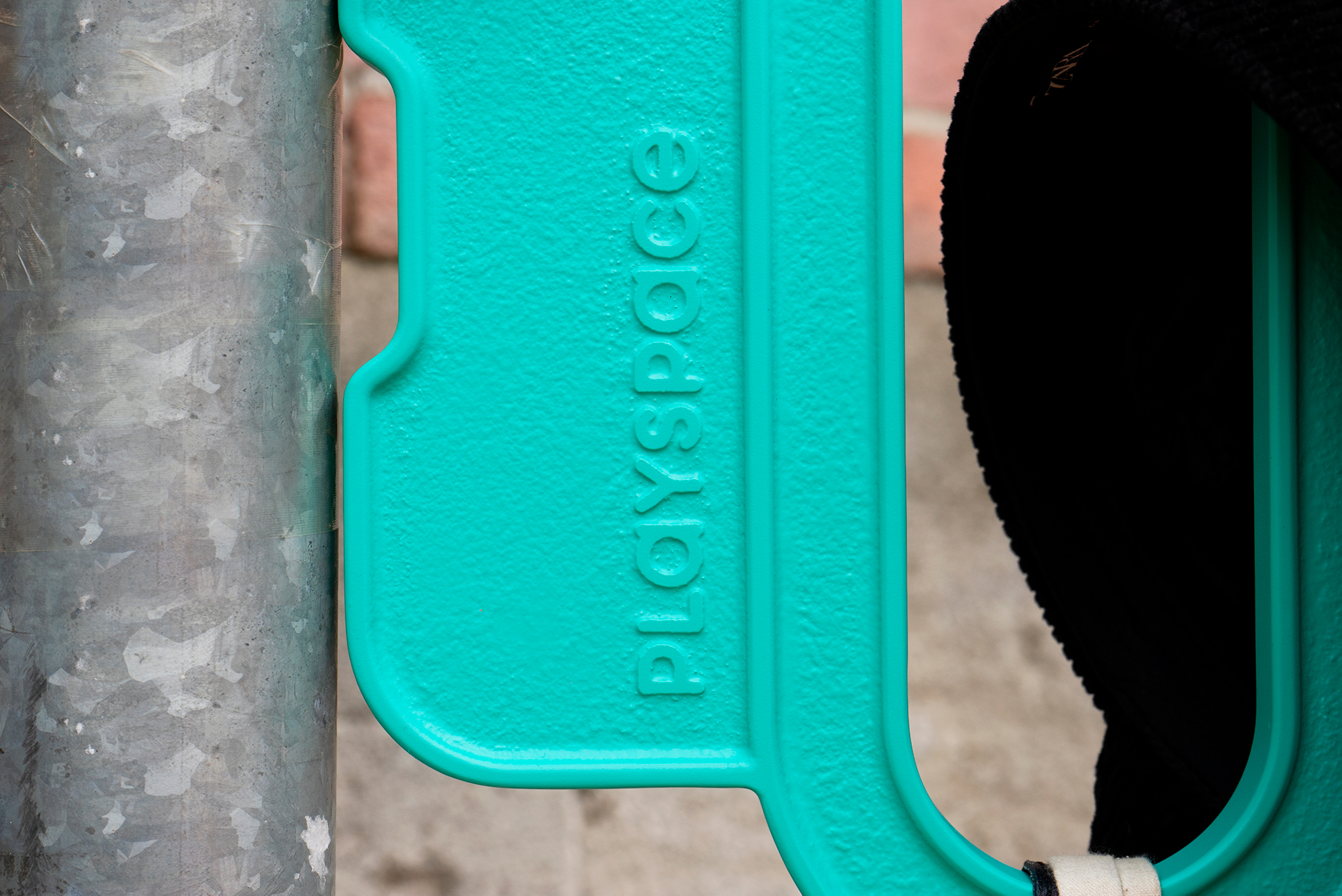 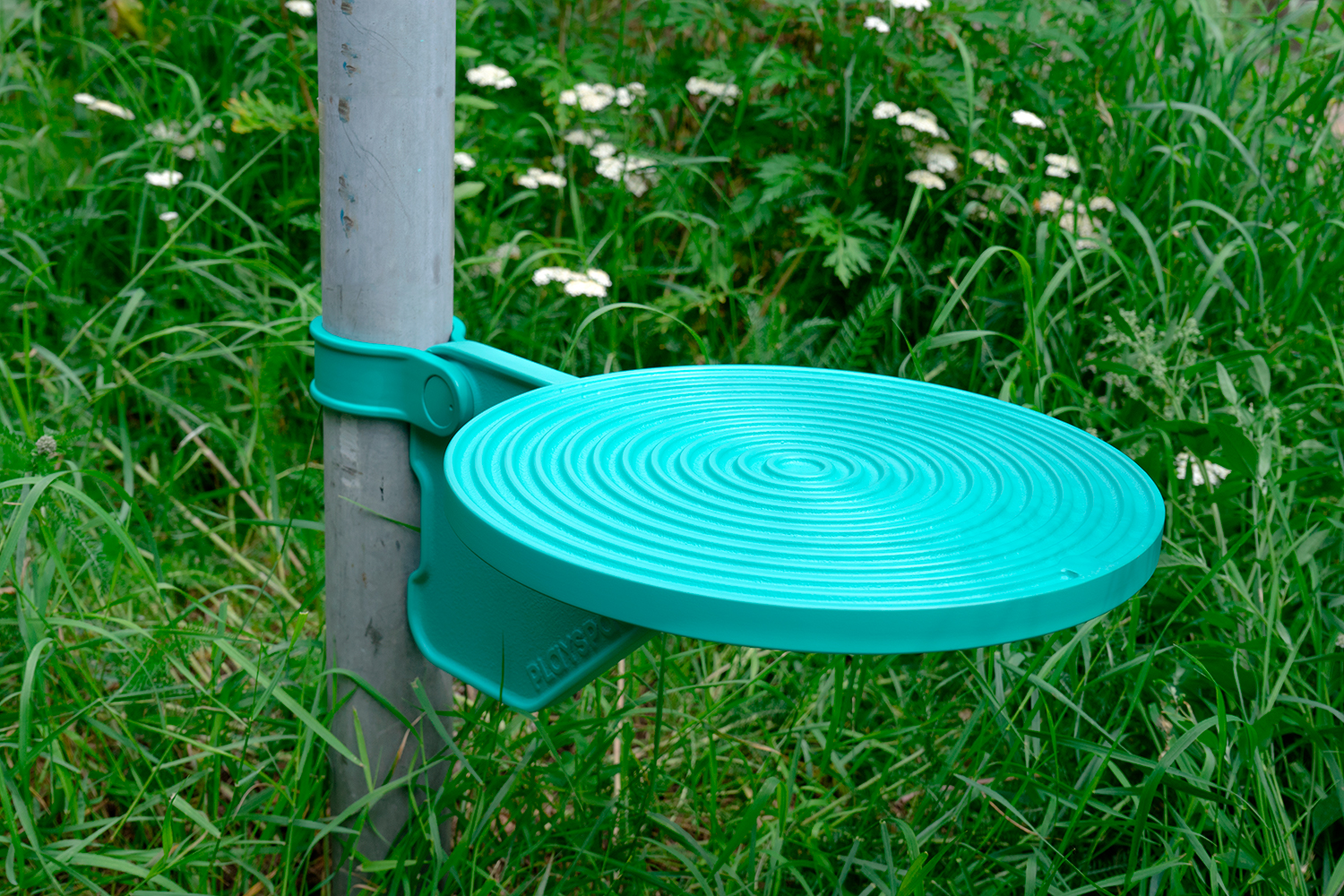 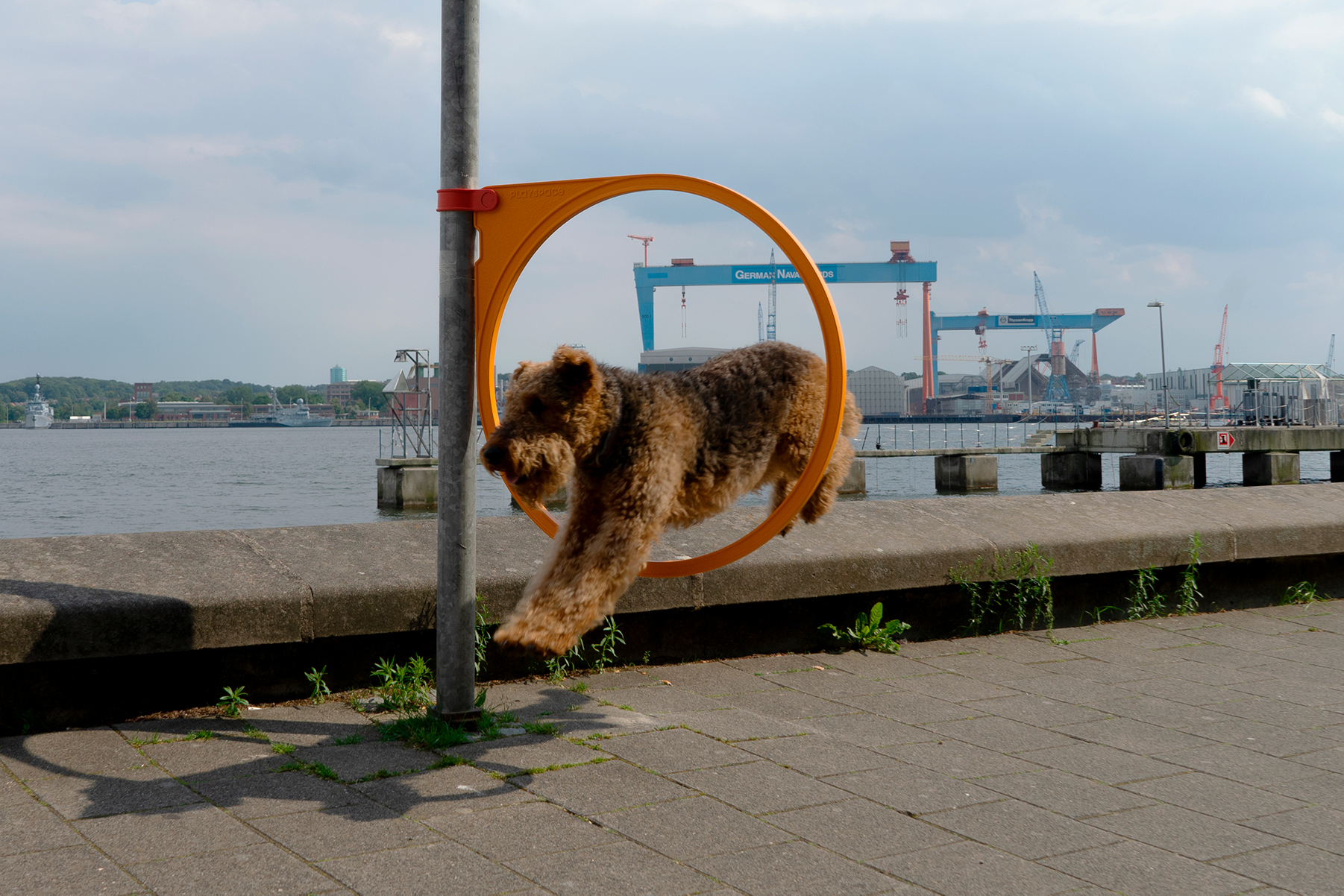 This thesis project was developed in the summer of 2020 and envisions a post-pandemic urban future. The aim was to rethink mundane, functional inner-city spaces as places for play. For far too long, the development of cities has been dictated by the logic of the market, so that today office blocks alternate with shops along wide roads, with a plethora of signs and posts. The city of the future should instead offer spaces for meeting and participation, serving the people not the car. Street posts can be equipped with the playspace modules, which offer a range of activities for adults and children alike, bringing people together in the streets. Our cities could thus become more playable, appropriable and sustainable.

To turn this vision into a product, a clear and reduced design language was chosen. Together with the strong colors, a high recognition value is achieved, even when locations are spread all over the city. Due to the fact that the individual modules are lightweight and can be installed in no time at all, the residents of a city could easily be involved in the distribution and set-up of the modules. Although the assembly is straightforward, the disassembly requires inside knowledge, so the modules are unlikely to fall victim to vandalism. Playspace can flexibly find its place in the city, thus enriching street festivals and new car-free zones or improving boring routes to work or school.

Playspace currently exists as a set of seven, but of course extensions are conceivable. Currently, some modules have been developed that allow various creative uses, but also some with very specific purposes. The bike rack, for example, can be used to park four bikes on one post. On another post, a table can be folded down to have a cup of coffee, while one's backpack is hung on a hook to keep it from getting dirty. A hoop turns into a soccer goal or might also serve as a training tool for dogs. The fold-out seat or the swing make great places for a relaxing break. A chalkboard can be used to leave messages or to create paintings which could even extend around the post. In cities with playspace, people would find places to linger, as well as surprising things that are not commonplace, such as swings or climbing facilities.

To date, playgrounds in German cities have tended to exist mostly only as isolated, fenced-in spaces with the same play equipment over and over again. But as we reduce cars to save the climate, also comes the opportunity to take down these fences, to redefine urban spaces, to put people in the center and to integrate play. Playspace serves as an ad hoc solution along the way, giving new meaning to the traffic post, which might well be considered a symbol of the functional city per se.

"Playspace" was selected among the finalist proposals of the design competition "Tactical Urbanism NOW!" by TerraViva Competitions. View the proposal 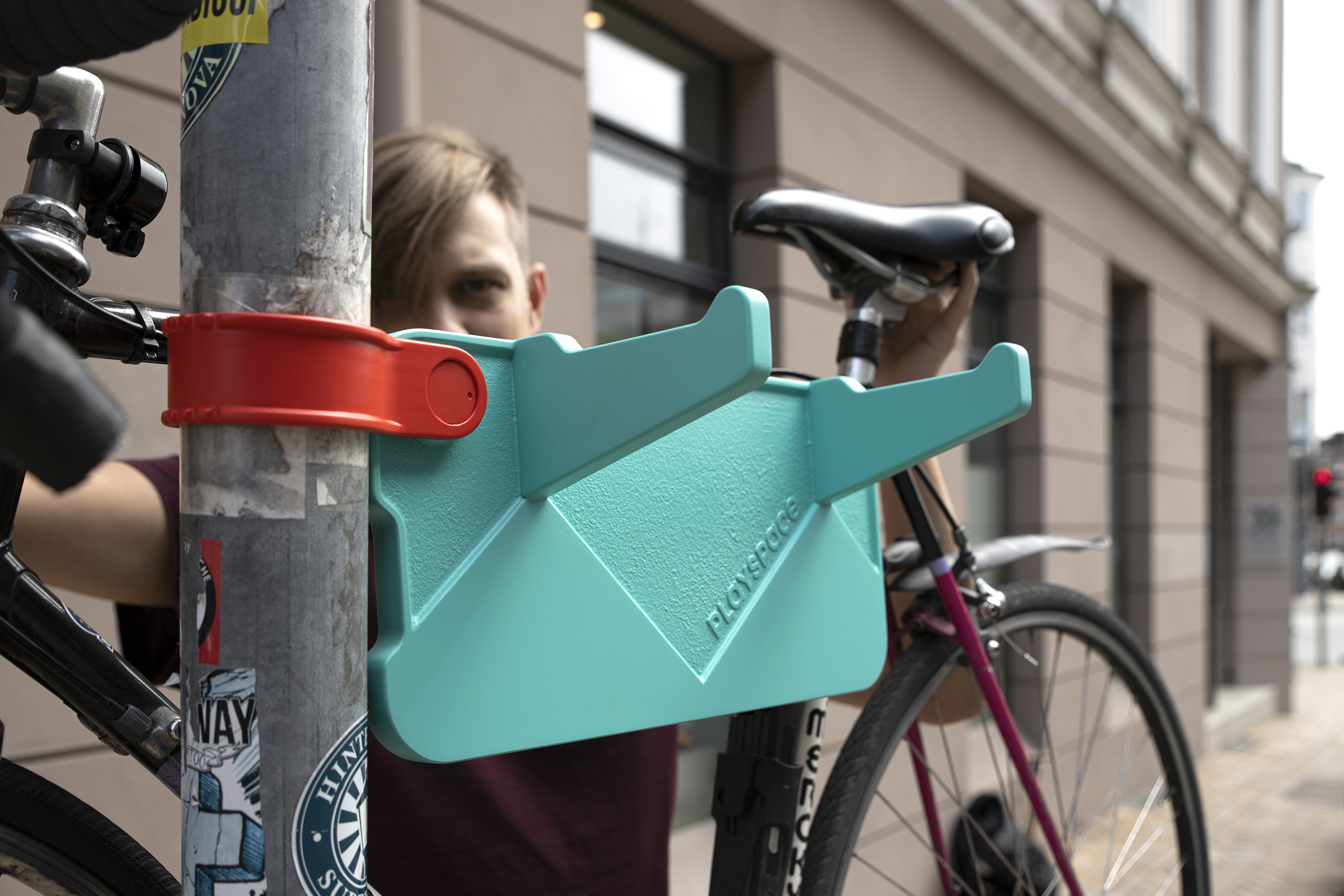 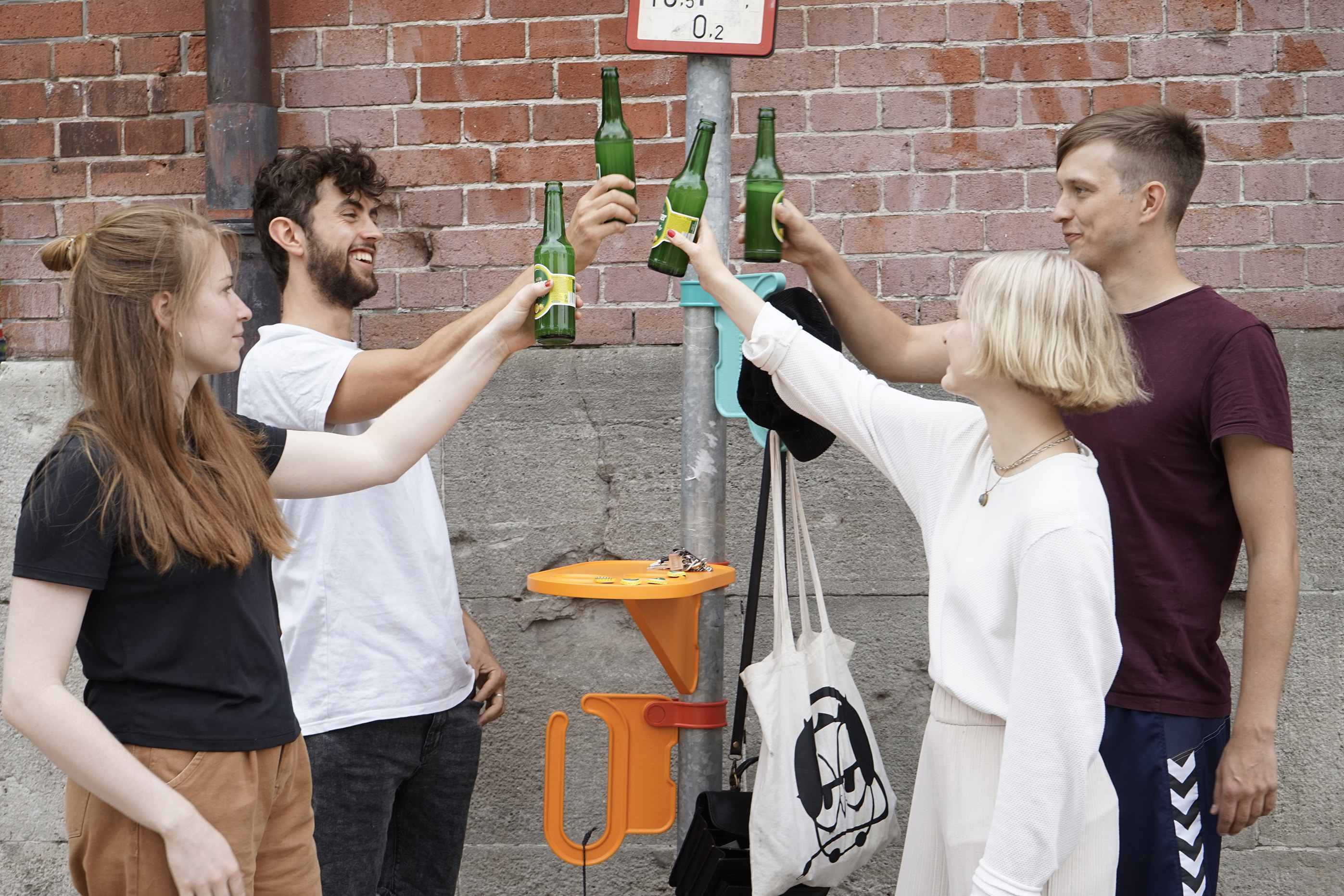